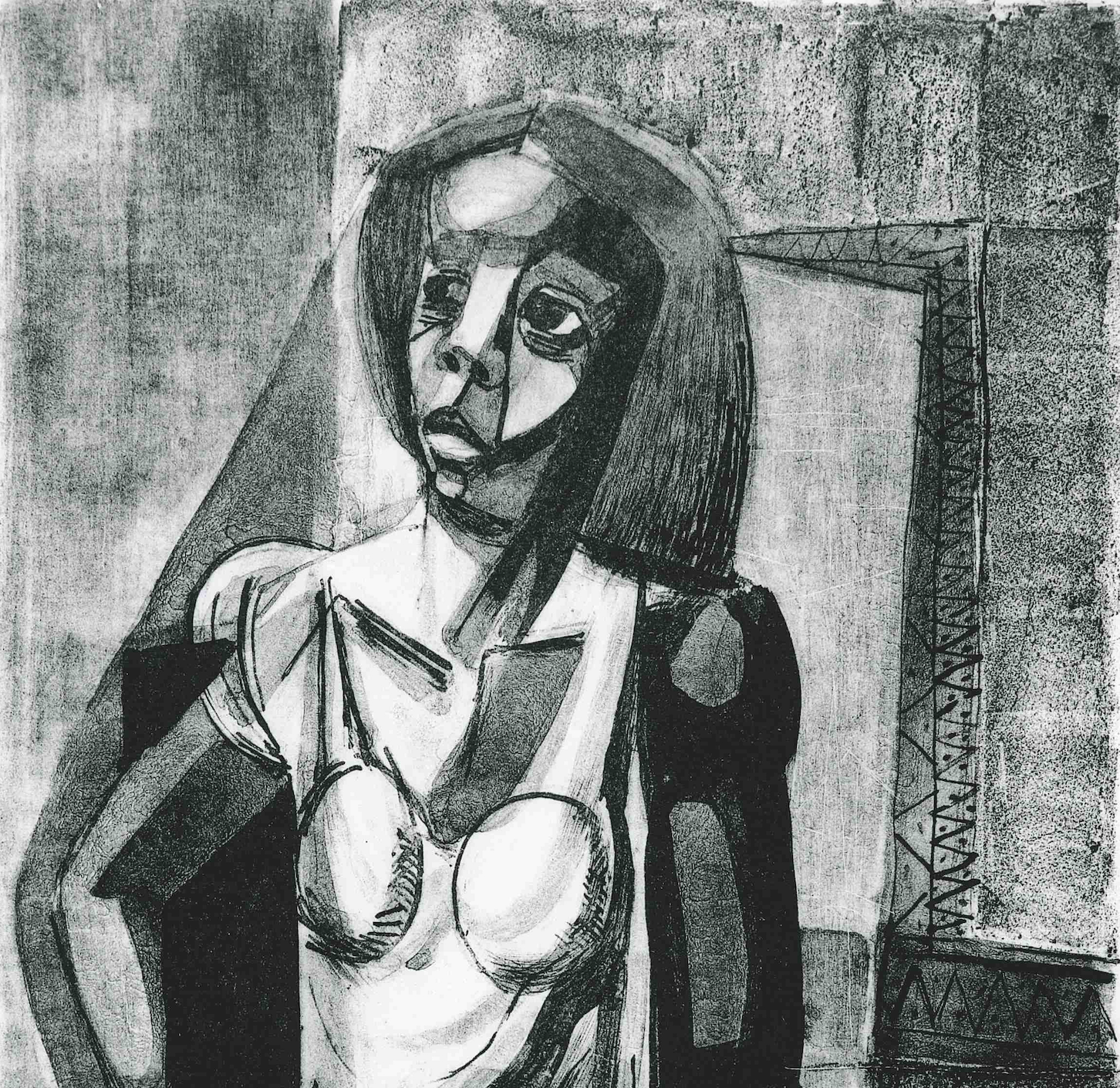 League artist, printmaker, and instructor, Robert Blackburn is known for his trailblazing career as well as for his commitment to creating space where racially, ethnically, and culturally diverse artists can thrive. His work lives on at The Robert Blackburn Printmaking Workshop (RBPMW), where today’s artists find both community and collaboration.

In this discussion between artists Justin Sanz, and Chakaia Booker, we learn about the RBPMW, the relationship between artist and printer, and how Blackburn’s legacy continues to define the dynamic nature of printmaking for contemporary artists. 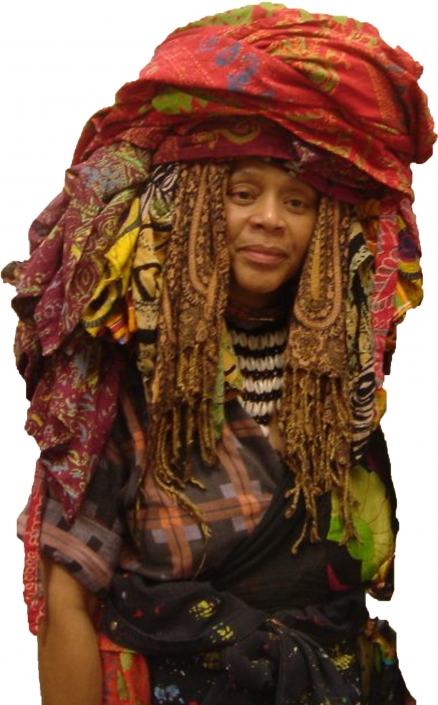 Chakaia Booker fuses ecological concerns with explorations of racial and economic difference, globalization, and gender by recycling discarded tires into complex assemblages. Booker began to integrate discarded construction materials into large, outdoor sculptures in the early 1990s. Tires resonate with her for their versatility and rich range of historical and cultural associations. Booker slices, twists, weaves, and rivets this medium into radically new forms and textures, which easily withstand outdoor environments. For her, the varied tones of the rubber parallels human diversity, while the tire treads suggest images as varied as African scarification and textile designs. The visible wear and tear on the tires evokes the physical marks of human aging. Equally, Booker’s use of discarded tires references industrialization, consumer culture, and environmental concerns.

Booker’s artistic process is enormously physical, from transporting the tires to reshaping them with machinery. Though she has adopted utilitarian jeans and work boots in her studio, she always wears a large, intricately wrapped headdress, which has links to her earliest wearable art and has become her fashion signature.

Booker received a B.A. in sociology from Rutgers University in 1976, and an M.F.A.from the City College of New York in 1993. She gained international acclaim at the 2000 Whitney Biennial with It’s So Hard to BeGreen (2000), her 12.5 x 21 foot wall-hung tire sculpture. Booker received the Pollock-Krasner Grant in 2002 and a Guggenheim Fellowship in 2005.She has exhibited in group and solo exhibitions nationally and internationally. 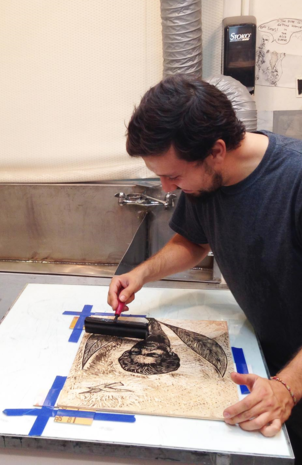 Justin Sanz has been involved with EFA’s Robert Blackburn Printmaking Workshop Program since its inception in 2005 and has held various positions including, instructor, monitor, 2009 SIP Fellow, and Printer without a Press. Justin has been the Workshop Manager since 2010.

Justin Sanz is a Brooklyn-based artist/ printmaker who exhibits locally and internationally. His work is in the collections of the Library of Congress, The New York Public Library, The Spencer Museum, Davis Museum, and various private collections. He currently works as an educator, Master Printer, and Workshop Manager at the EFA Robert Blackburn Printmaking Workshop in NYC.