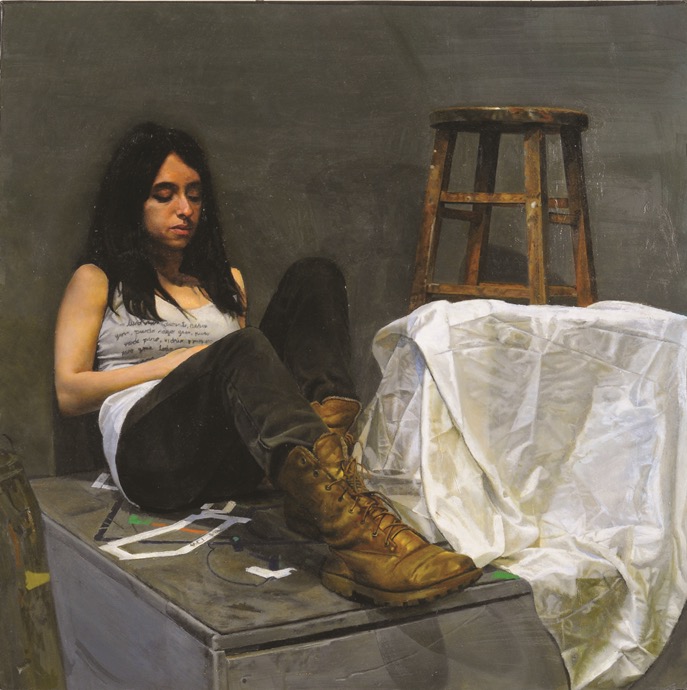 Representation of the human figure offers more than the reproduction of a subject’s physiognomy and anatomy. Whether in painting, drawing, or sculpture, the figure can tell a story as well as capture a sense of the creator’s feelings of joy, sadness, sympathy, excitement, and thoughtfulness. Recognizable human form remains a constant in art that will always, on some level, arouse recognition and self-reflection. The group of artists and illustrators exhibited here all demonstrate the emotional connection made through their work.

Portrait painter James Carroll Beckwith started teaching at the Art Students League in 1878, just three years after the League was officially established. He had just returned from Paris where he had studied the old masters intensively. About six years into his teaching career, Frank Vincent DuMond joined his class. DuMond became a well-known artist for his luminous landscapes and was also a recognized illustrator with over two decades of work for Harper’s Weekly amongst many others. He taught for 59 years. During this time, John Fabian Carlson, who studied on a scholarship, and Frank J. Reilly studied with him. Reilly also studied anatomy with George Brandt Bridgman who taught at the League for half a century. Upon Bridgman’s death in 1943, Reilly took over his drawing class and taught additional classes in illustration and painting.

Jack Faragasso studied with Reilly at the League from 1948 to 1951 after time spent in the United States Army. Reilly taught his students how to photograph their own reference material as well as a constructive/graphic hybrid technique that emphasizes line and shape design and clear value control. The “Reilly method” became popular with illustrators. Later, when this method came to be considered anachronistic by a younger generation of students, Reilly left the League and started the Frank Reilly School of Art. Faragasso followed him. Two years after Reilly’s death in 1967, Faragasso came back to the League as an instructor, where he then taught for an additional 48 years. During this time, he flourished as an artist, illustrating book covers and painting . As a tribute, David Tumblety, one of Faragasso’s students, created a bust of him that is now in the collection. Another student included in the collection is Toru Tokashiki, whose work was recognized by the jury at the League’s 2012 Student Salon. William Graf is a Faragasso student who is continuing the use of the Reilly Method in his own work.